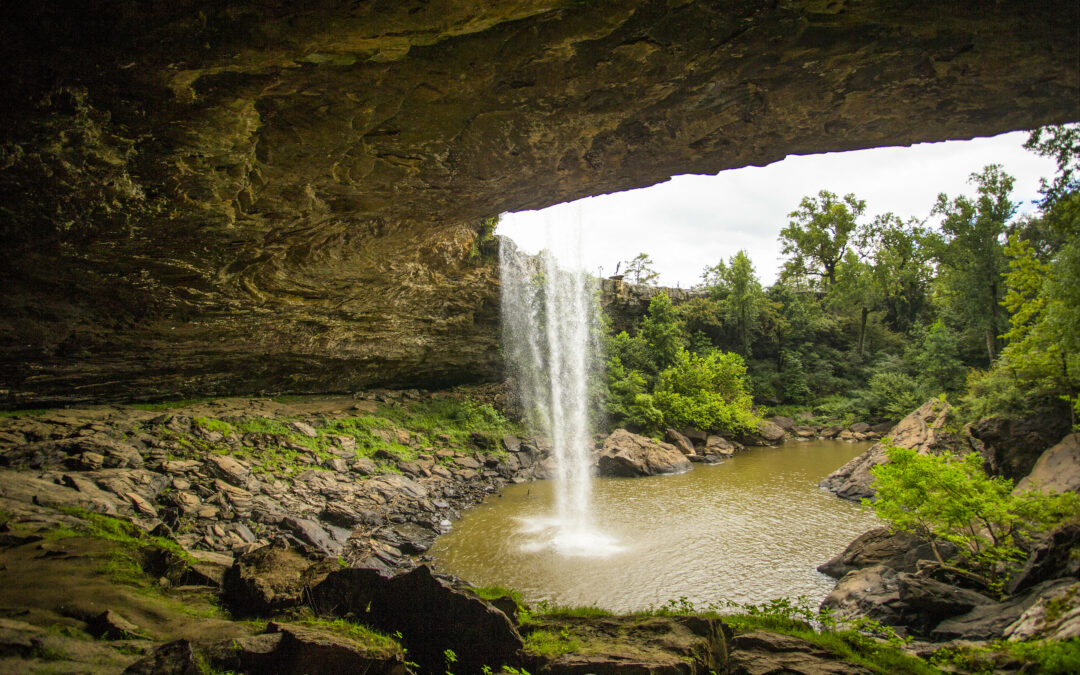 Southeastern Climbers Coalition (SCC), The Friends of the Falls, Noccalula Falls Park, and the City of Gadsden Parks and Recreation Department are thrilled to announce their partnership that will bring rock climbing into the park.

This partnership will work to maintain the already existing beauty of the gorge—particularly the 90-foot waterfall that is the namesake of the park—while also bringing attention to the climbing nestled within its walls.  Encompassing 500 acres of land situated in the foothills of the Appalachian Mountains, Noccalula Falls Park and Campground is a must-see destination in Northeast Alabama. Created and managed by the City of Gadsden Parks and Recreation Department, the original park opened in 1953 and has since become the destination of hikers, campers, and families from all over the world.  Now, Noccalula Falls Park proudly adds rock climbing to its already impressive list of recreation opportunities.

The SCC is equipped to aid in coordinating such a task. With decades of experience working alongside park services across the southeast, the SCC is prepared to manage, steward, and preserve the pristine land of Noccalula Falls Park. With a grant from Access Fund, SCC is including this project in the North Alabama Climbing Initiative which will improve access to climbing areas in a number of areas across northern Alabama.

The SCC is a 501(c)(3) non-profit organization whose mission is to preserve climbing areas in the southeast for future generations. The SCC works with more than 40 climbing areas across the Tennessee, Alabama, and Georgia region. The SCC owns 9 climbing areas, four of which are local to Alabama. The coalition regularly sponsors and organizes trail days across the region including graffiti removal, erosion control and trash clean up.

“Climbers are a dedicated, hardworking bunch that care deeply about the places they recreate in.  We are so excited to not only rock climb at Noccalula Falls, but are committed to its care and preservation,” says Meagan Evans, Executive Director for the Southeastern Climbers Coalition. “We are proud that climbers in the Southeast continue to work with land managers to preserve access for future generations.”

“Since the 1st time I hiked in the gorge,” remembers Christina Richardson, Noccalula Falls Park Supervisor, “I thought this would be the perfect place for rock climbing. I am thankful for the assistance from Carrie Machen of GadRock for helping make the connection with the Southern Climbers Coalition.”

Chairman of Friends of the Falls and current Gadsden Runners Board member Glenn Ingram said in a statement that he is glad to see projects moving forward once again in our community. Noccalula Falls Park is a perfect location for this partnership. Watch for construction starting this winter on steps from Black Creek Trail down to the Gorge Trail.

Climbing at the park is set to open in March 2023.  From now until then, climbers will be working in the park to develop routes and provide climbing infrastructure.  If you are interested in getting involved, please contact the SCC.

We are ecstatic to share this great news with you! Any questions about this recent access achievement can be directed to Meagan Evans, and Christina Richardson. 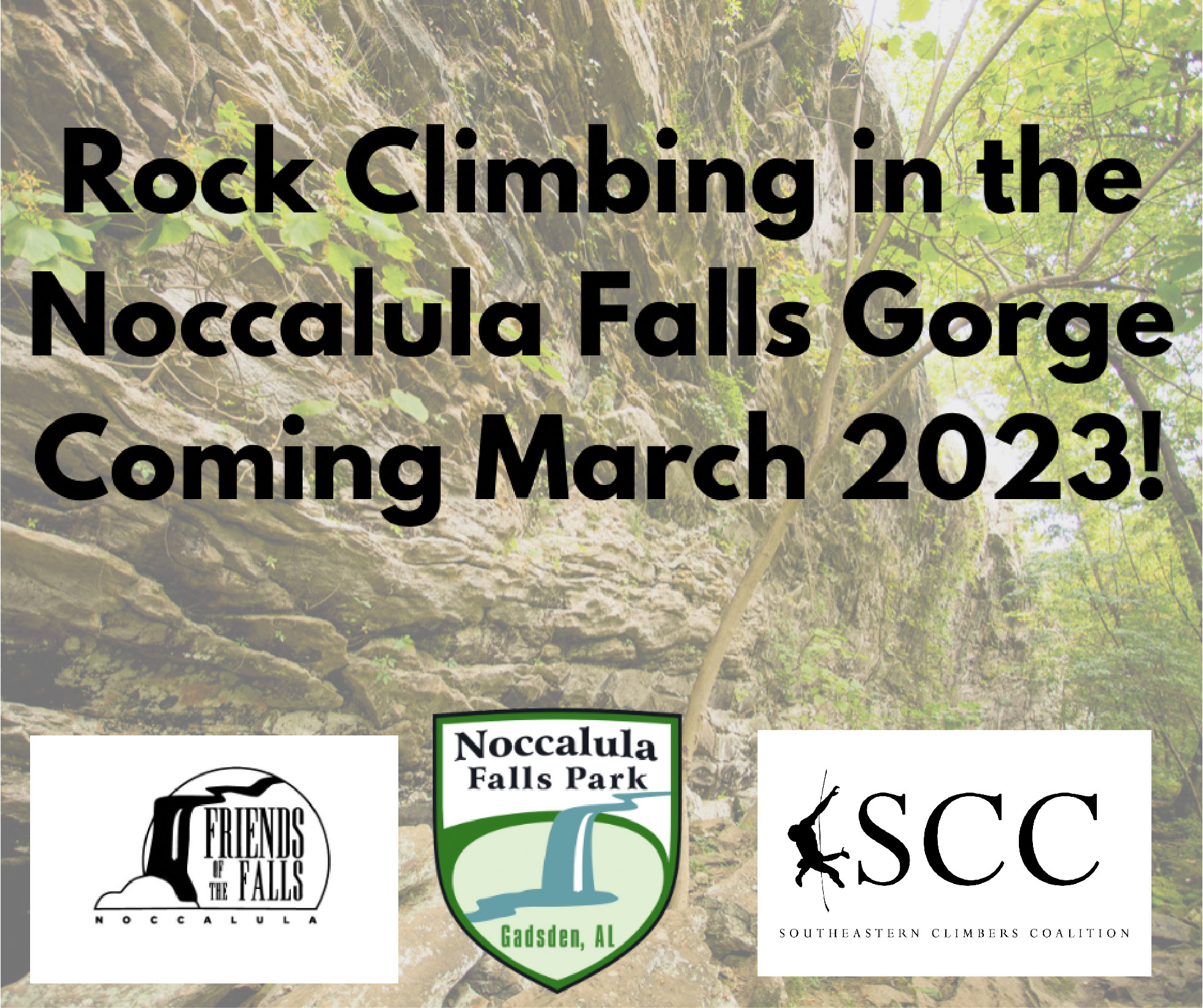